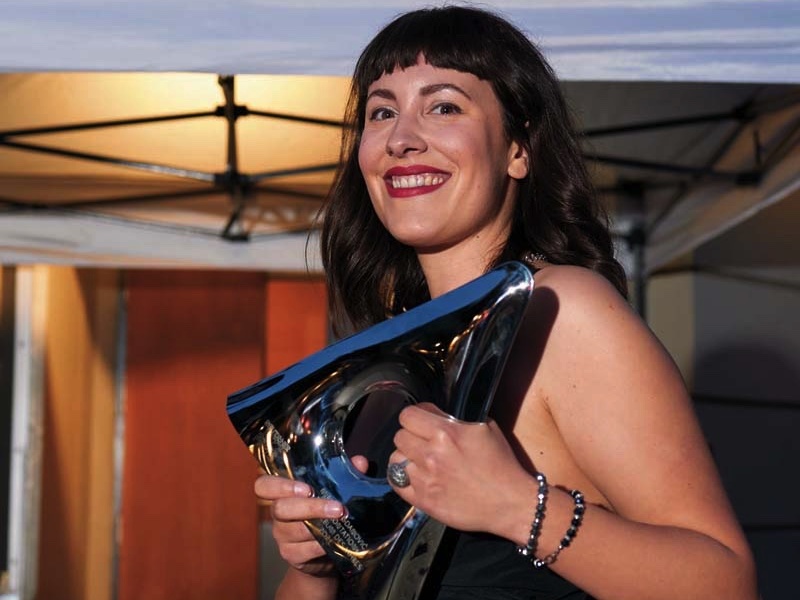 The German Federal Government Commissioner for Culture and the Media recently introduced the new Deutscher Jazzpreis music awards with the aim to highlight and support the diversity and creative power of the German jazz scene.

Covering 31 categories, the awards ceremony took place on 3 June 2021. Mirna Bogdanović won the Debut Album of the Year Award for her album ‘Confrontation’, which was released on the independent label Klaeng Records in December 2020.

“The compositions tell stories, colours and emotions that we might have already experienced, encountered, recognised. Nevertheless, in this restrained but emotionally fulfilled music we must not look for traces of the already heard since any similarities die away even before we manage to trace their origin. And this is exactly what suggests that the musician, who has been living in Berlin for nine years, has not yet fully reached her final destination. After all, this is also what makes ‘Confrontation’ such a remarkable and stunning album. It is, in short, a product that will be difficult to surpass,” wrote Nina Novak in her review for Odzven.

Mirna Bogdanović will perform with her group at the 62nd Jazz Festival Ljubljana on 30 July 2021.