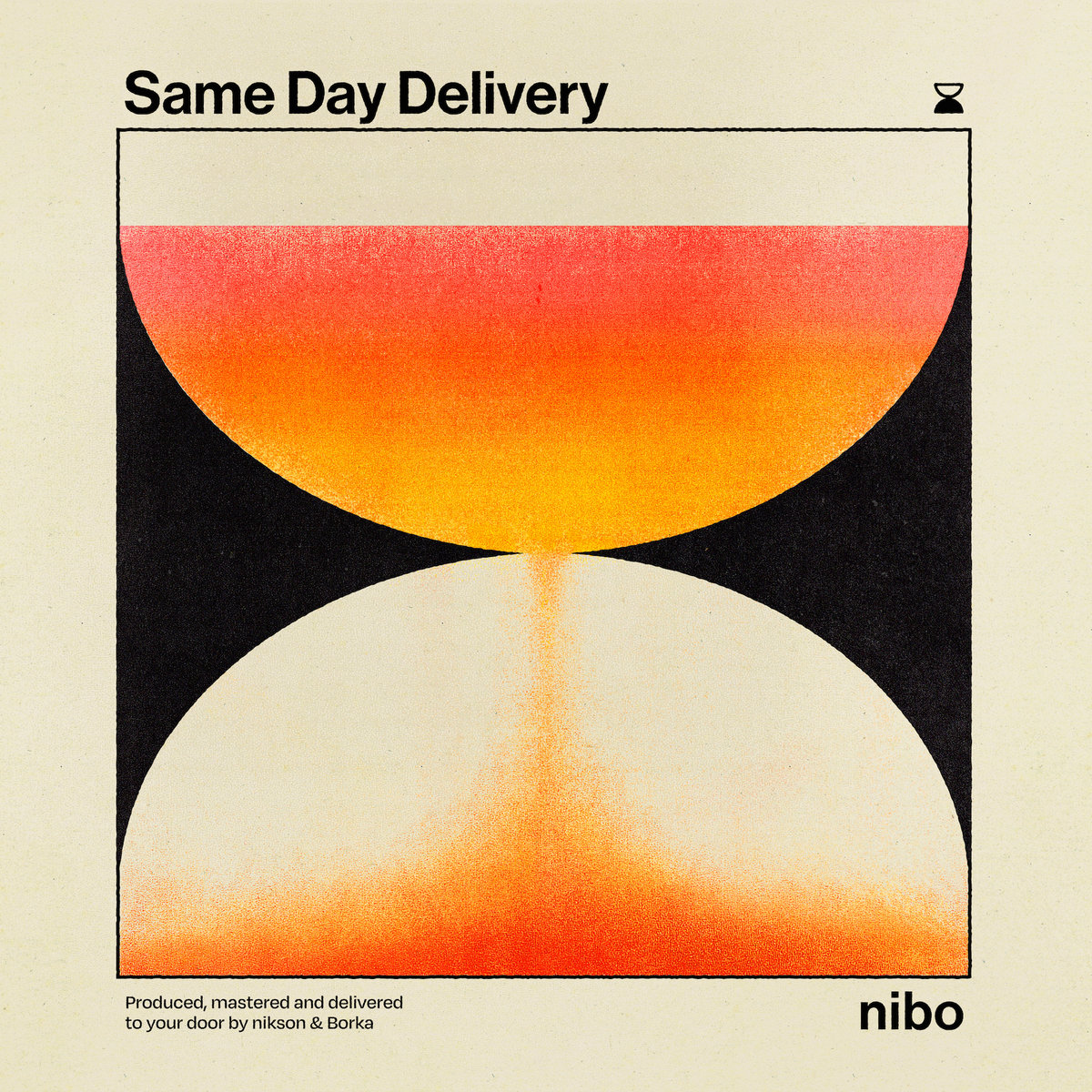 The Future Is Intergenerational

Following a series of quality releases in 2020 (Better, Drone Emoji, kleemar, .čunfa), the Slovenian label rx:tx, home of some of the most outstanding domestic producers, beatmakers and other weirdos, presents the fresh intergenerational collaborative EP Same Day Delivery by nibo, which more than meets expectations. Even more importantly, in terms of quality it exceeds many comparable releases from creators like Samiyam, Mndsgn and Knxwledge. Tom Ravenscroft’s shout out on his BBC Radio 6 show only confirms it.

The recipe is quite simple this time—what happens when two generations of advanced, marginal, inquisitive, knowledgeable and forward-looking beatmakers join forces on a project that encapsulates their deep love for hip-hop culture, music from the African diaspora and the history of music in general? What influence do diverse upbringings (MTV and street culture of the 90s VS the internet) and a different understanding of music culture and society have on a producer? In the case of nibo, it’s actually not that big. The two producers were born 20 years apart, but the young aspirant and seasoned veteran actually share a very similar, almost fraternal sensibility for producing unconventional beats.

In one studio, we find the youngblood Nikson, an 18-years-old producer, DJ and hip-hop dancer, who last year stunned us with his debut EP lfo ufo, a collection of singular beats full of authorial tricks that prove he can tailor sounds at will. In the second, there’s the experienced producer and DJ, musician (Jimmy Barka Experience), publisher, radio host and music journalist Borka. Nibo isn’t your typical mentor-apprentice relationship, though. A direct communication channel was established between them, and the two started exchanging ideas and refining them in Ableton. What followed was an online creative dialogue that resulted in the EP Same Day Delivery. In recent years, this practice has brought us many interesting releases by musicians and producers who would otherwise have never found themselves together in the studio. Nikson and Borka took a similar path, shared beats and samples, reacted to them, reshaped them, back and forth, and so on.

Their debut EP is a collection of seven tracks with a grainy, dusty and mucky sound patina—one that breathes and buzzes—for which Nikson is responsible. It sets an atmosphere that reminds you of the funny situation in which you find yourself in the early hours of the night—you’ve drank a whiskey or two and smoked a spliff, and now you’re no longer sleepy, but you also don’t have the energy for anything serious, so you just listen to the weird hammered voices coming from the empty streets mixed with the pulses of a sub bass coming from some hidden basement where someone’s having a private plague rave. This dizzying vibe comes mostly from Nikson's "slugging" beats in the J Dilla fashion, those swaying, drunken-sounding rhythms that elude the metre and consequently create a sense of disorientation and out-of-timeness.

With his vast sample library, Borka takes care of different shades of feelings and associations. The hypnotic overture Gorgo the Foul is marked by ad-libs, choral singing and a melody from some Italian-prog rock piece. No Noise Like White Noise is centred around the motif from the song Love Without Sound by White Noise, a classic of British psychedelic experimentalism from 1969. Reminiscent of Borka's hits like Le Vent, the more uplifting Hesus bets on the sample from the track Jesus (1971) by the Brazillian artists Claudia from 1971. As the title suggests, Minimalist Fragmentist is a subdued and fragmented dialogue between swaying beats and oozy West Coast synths, but when the hippiesque flute sample comes in, you simply melt. The duo makes its final statement on the erotic and flirtatious radio hit Thinking About You, a tune definitely worthy of a global hip-hop audence —many rewinds guaranteed!

If the city of Maribor has the duo OYGN, Ljubljana now has its own intergenerational hip-hop project with which Borka and Nikson prove that it pays to connect, collaborate and share ideas, hopes and dreams… for a better future.