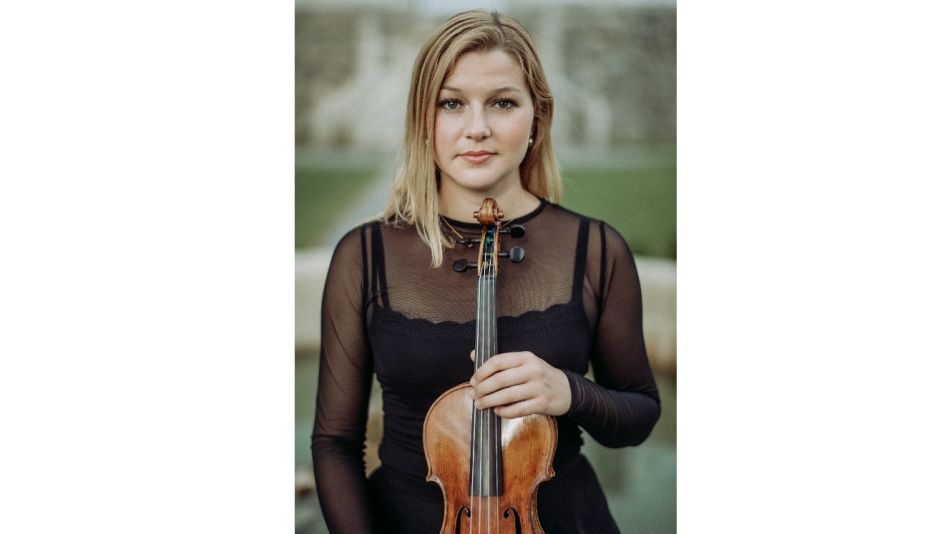 The host of the ARTE concert series Europe@Home Daniel Hope recently invited the Slovenian violinist Tanja Sonc to perform in his Berlin apartment. She was accompanied by pianist Marie Sophie Hauzel.

“Daniel Hope is the artistic director of the Zurich Chamber Orchestra of which I’ve been a member since the 2017/2018 season. We played together several times in different chamber ensembles, in December 2020 also in Vivaldi's Concerto for Four Violins with the Zurich Chamber Orchestra. Last week he invited me to participate in his new series Europe @ Home to represent Slovenia as a Slovenian violinist,” explained Sonc.

The common thread of the Slovenian programme were dances and various cultural influences. It included the performances of Arietta by Lucijan Marija Škerjanc, Slovene Folk Dances by Alojz Srebotnjak, Rondeau from Mozart's sonata KV 380, Schnittke's duo for two violins Moz-Art, the waltz La plus que lente by Claude Debussy, Sibelius' Romance and Matije Krečič’s In a Melting Pot for two violins and piano.

You can (re)watch the concert on arte.tv.