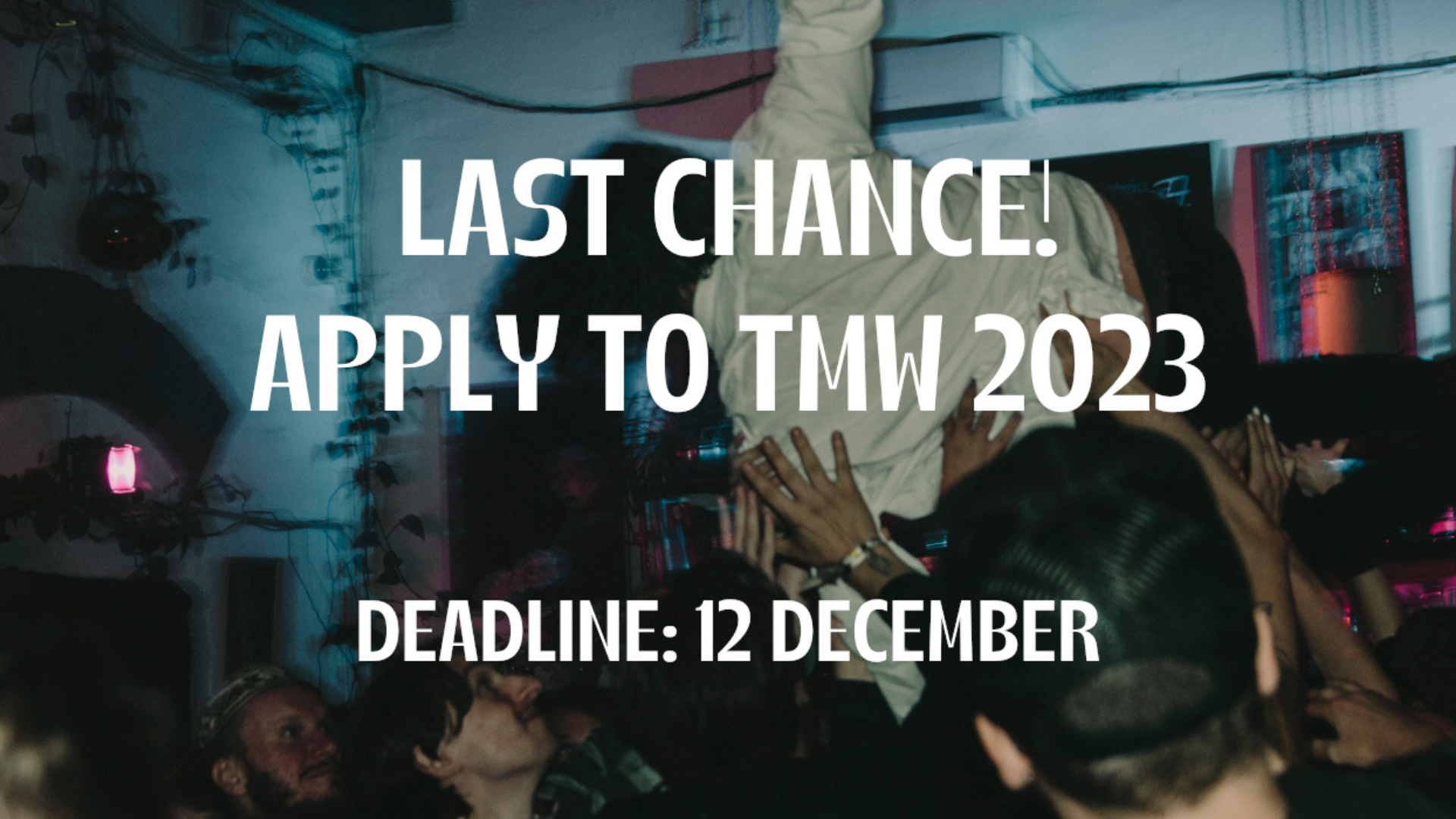 The 15th edition of the international new music festival Tallinn Music Week (TMW) will take place in Tallinn, Estonia from 10th to 14th May 2023. The submission call for musicians wishing to perform at the upcoming event is open until Monday, 12th December 2022 via TMW homepage.

TMW 2023 welcomes artists from various genres across the globe. All applications will be reviewed by the festival's programming team, which includes representatives of both Estonian and international music organisations and experts on various genres and scenes. A confirmed line-up of around 150 artists will be revealed from February to March 2023.

As the leading showcase of "tomorrow’s music, arts and ideas” in the Baltic-Nordic region, TMW has been presenting distinctive talent from both its homeland and across Europe since 2009. TMW is valued internationally for its diverse programme, vast variety of genres and high artistic level, as well as the strong representation of the international music industry. The festival is attended by an audience of about 15,000 people and 1,000 industry players each year.

Reviews in international media have recognised TMW as an influential event that opens up distinctive talent to wider recognition and audiences. The last edition of the festival has been featured in music and culture publications like MOJO, The Line of Best Fit, The Quietus and The Clash, as well as in public broadcasting channels from BBC Radio 4 to Deutsche Welle.

TMW is organised by Shiftworks in cooperation with several partners and co-curators. TMW’s strategic partner in the field of music is the national music export office Music Estonia.